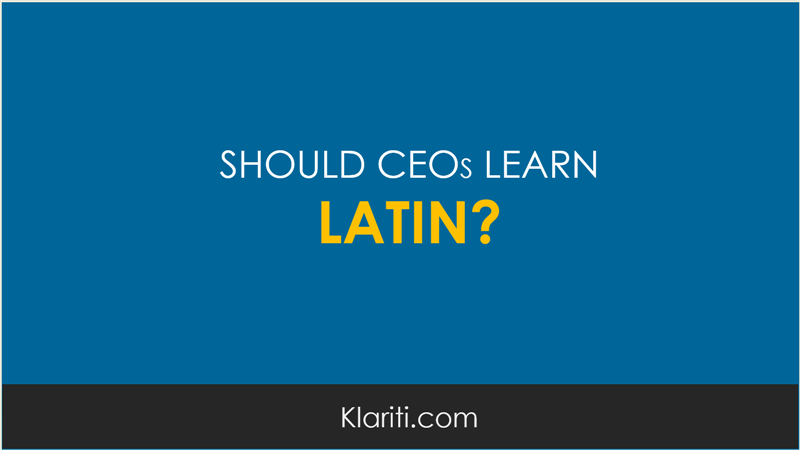 Should you learn a dead language? Isn’t there more important things to do?

The short answer is Yes. Well, maybe. Actually, No.

You really should start learning Latin and here’s why.

The Spectator summarising one influential American study carried out in the state of Iowa:

“In 1971, more than 4,000 fourth-, fifth- and sixth-grade pupils of all backgrounds and abilities received 15 to 20 minutes of daily Latin instruction. The performance of the fifth-grade Latin pupils on the vocabulary test of the Iowa Test of Basic Skills was one full year higher than the performance of control pupils who had not studied Latin. Both the Latin group and the control group had been matched for similar backgrounds and abilities.”

It Demystifies English Grammar – Despite never learning proper English grammar, Sayers was able to write and speak far better than others who did. This she attributed to her knowledge of Latin grammar, which is much less confusing and more structured than that of English. [Intellectual Takeout]

Remember, studying Latin took more time than Spanish, which left them with less time for other studies. You’d think they’d do worse. This was actually (some) parents’ fear. But not the parents who signed up for the Latin course.

So why did they score higher points, even if they have less time to study?

Also, the fear factor goes. That fear of pushing yourself, of doing something outside your comfort zone, and of being different. Learning Latin will never be trendy.

Ok. That’s fine for children but for CEOs?

For some reasons, when you become fluent in a language, your view of the world changes. It’s hard to explain but it does.

Finally, you’ll approach new obstacles with a confidence you didn’t have before.

After all, if you can learn Latin…