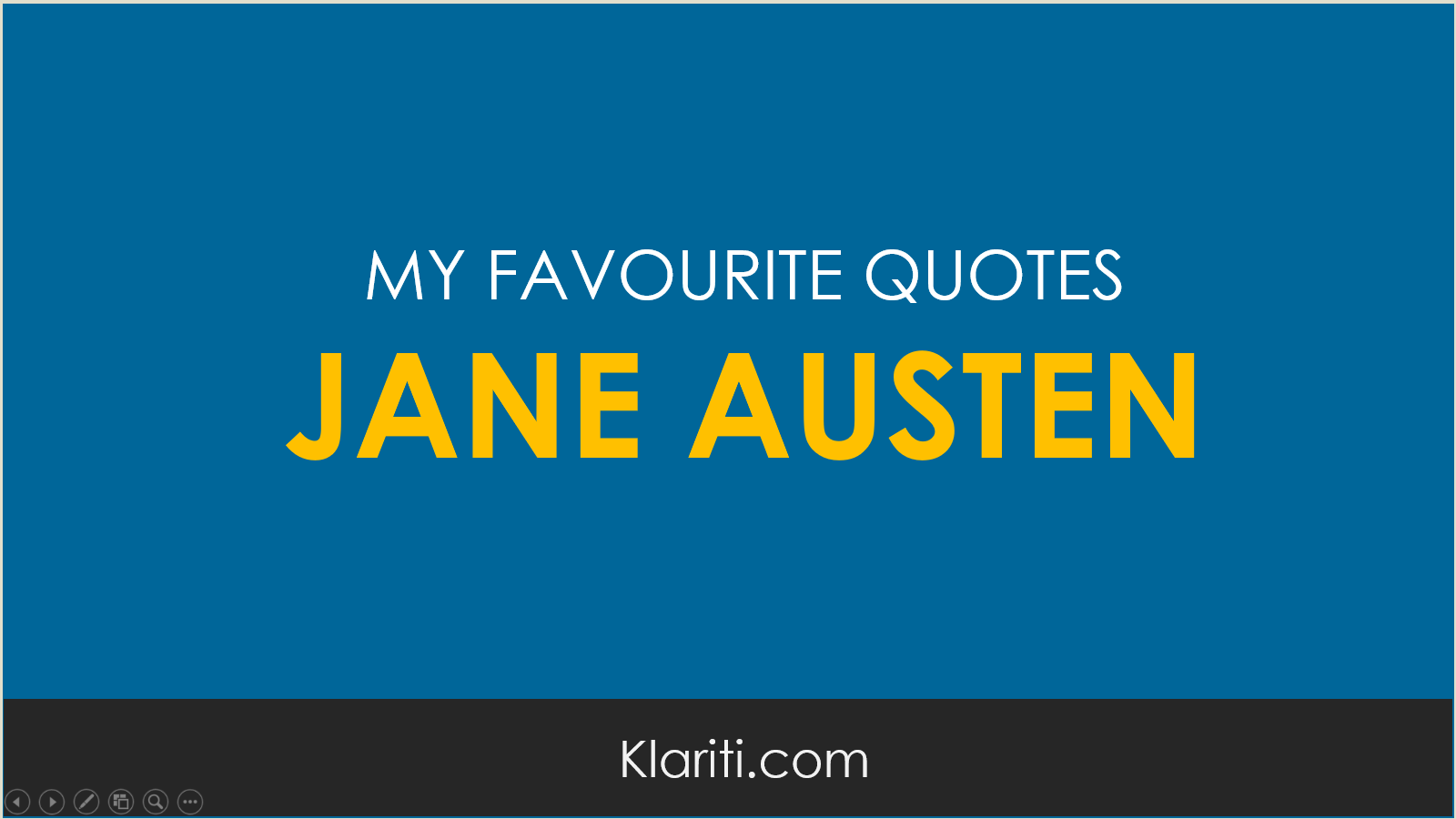 Maybe you think Jane Austen is hard to read. She’s not. Here’s an example of her writing. Most are from Persuasion.

“Let us never underestimate the power of a well-written letter.”

“I hate to hear you talk about all women as if they were fine ladies instead of rational creatures. None of us want to be in calm waters all our lives.”

“I must go, uncertain of my fate; but I shall return hither, or follow your party, as soon as possible. A word, a look, will be enough to decide whether I enter your father’s house this evening or never.”

“My idea of good company…is the company of clever, well-informed people, who have a great deal of conversation; that is what I call good company.’

‘You are mistaken,’ said he gently, ‘that is not good company, that is the best.”

“There could have been no two hearts so open, no tastes so similar, no feelings so in unison”

“I do not think I ever opened a book in my life which had not something to say upon woman’s inconstancy. Songs and proverbs, all talk of woman’s fickleness. But perhaps you will say, these were all written by men.”

“Perhaps I shall. Yes, yes, if you please, no reference to examples in books. Men have had every advantage of us in telling their own story. Education has been theirs in so much higher a degree; the pen has been in their hands. I will not allow books to prove anything.”

“How quick come the reasons for approving what we like.”

“All the privilege I claim for my own sex (it is not a very enviable one: you need not covet it), is that of loving longest, when existence or when hope is gone!”

“One man’s ways may be as good as another’s, but we all like our own best.”

“A man does not recover from such devotion of the heart to such a woman! He ought not; he does not.”

“…when pain is over, the remembrance of it often becomes a pleasure.”

“She hoped to be wise and reasonable in time; but alas! Alas! She must confess to herself that she was not wise yet.”

“Now they were as strangers; nay worse than strangers, for they could never become acquainted.”

“You pierce my soul. I am half agony, half hope. Tell me not that I am too late, that such precious feelings are gone for ever.”

“Anne hoped she had outlived the age of blushing; but the age of emotion she certainly had not.”

“She had been forced into prudence in her youth, she learned romance as she grew older: the natural sequel of an unnatural beginning.”

“Dare not say that man forgets sooner than woman, that his love has an earlier death. I have loved none but you.”

“If there is any thing disagreeable going on, men are always sure to get out of it.”

“His cold politeness, his ceremonious grace, were worse than anything.”

“The last few hours were certainly very painful,” replied Anne: “but when pain is over, the remembrance of it often becomes a pleasure. One does not love a place the less for having suffered in it, unless it has been all suffering, nothing but suffering-”

“We certainly do not forget you, so soon as you forget us. It is, perhaps, our fate rather than our merit. We cannot help ourselves.”

“I am not fond of the idea of my shrubberies being always approachable.”

“Men have had every advantage of us in telling their own story. Education has been theirs in so much higher a degree; the pen has been in their hands. I will not allow books to prove anything.”

“I walk: I prefer walking.”

“She felt that she could so much more depend upon the sincerity of those who sometimes looked or said a careless or a hasty thing, than of those whose presence of mind never varied, whose tongue never slipped.”