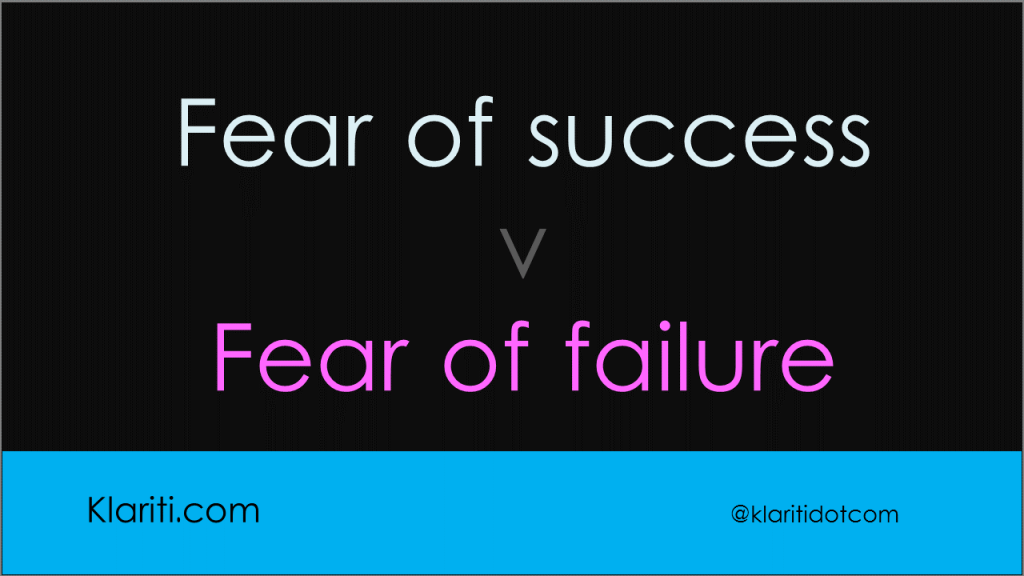 Why is speaking in public the most common fear in the world? Is it because when you put yourself on stage, you’re saying you’re the expert, you’re the one others should listen – you’ve made it?

You’re a success. Others are getting there.

Maybe that’s not true. Maybe it’s more nuanced that that. But I suspect we fear success more than failure. From one angle, it’s more acceptable to be a failure. After all, we can’t all be president.

There is another angle on this. Success and failure are relative. You can be a successful father, but average at work, for example.

The problem is when we don’t give ourselves permission to succeed. Worse still is when we sabotage ourselves, especially at the very moment we are finally about to succeed.

Have you seen that?

Someone suggested to me over the weekend that success is like vertigo. She meant in the sense of getting dizzy when you break through, enter new territory.

It makes sense. If you’re not familiar with something, such as being onstage, then of course you get nervous or pick up the flu the day before and have to make your apologies.

Give yourself one task each week and make that your God. Write it down. Look at it during the day.

This goal has to be something specific, so that if – and when – you master it, others will notice it.

The trick is to make it achievable. Don’t go for super-goals.

Identify something you can do, for example, spending an hour learning French every Monday night, and then practising a little French during the week.

Maybe learning French isn’t for you. But there is probably something else you want to start. I bet you know what it is right now as you read this.

Get started by finding a way to begin. Make sure it’s a small commitment, no more than fifteen minutes. Then start.

For others, ‘always be starting’ may be a better approach.

PS – I’ve been reading Gretchen Rubin’s Mastering the Habits of Our Everyday Lives recently. Her angle on this is interesting.